The Grande Old Flag Gathering sponsered by Country Sampler in Spring Green , WI has just ended and I'm still on a soulful high.........it literally was six days of fun, lots of laughter, some tears, great food,lots of work, and most of all a celebration of what women can achieve when they put their minds together !!!

Jeanne and her shop girls worked tirelessly to give all who attended a truly wonderful experience.  Their attention to detail was unbelievable !! 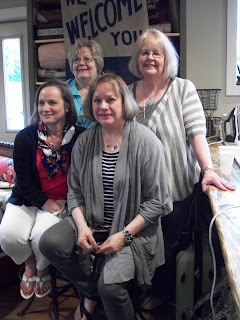 The theme this year was the Civil War.........the two quilt teachers design civil war fabric and patterns, and I was thrilled to have a reason to research that period of history.

Above are the teachers.....Carol Hopkins, Me, Paula Barnes, and our host Jeanne Horton. One of the evenings we spent painting our book boxes for one of my projects and enjoying old fashioned rootbeer floats and smore's.  For a while we all felt like little kids again !! 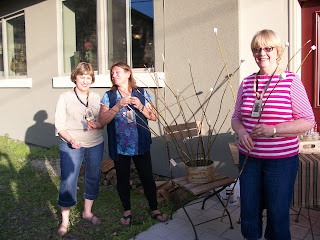 Here's Carol teaching one of her quilt projects......I never did get a picture of the quilt projects, but I'm sure if you check Jeanne's Blog on the Country Sampler website, she'll have them for you to see. 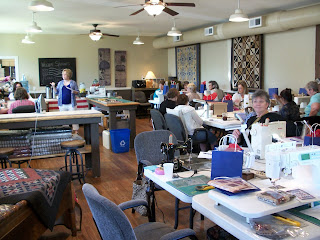 Here's the whole group....and what a fun group they were!! 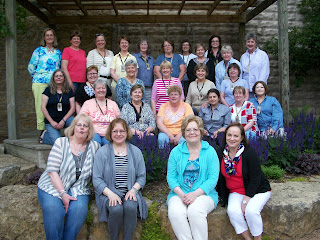 Here are the two projects I taught......the sampler was dedicated to the travellers on the undergroung railroad ....and the othe was a little stitching book. 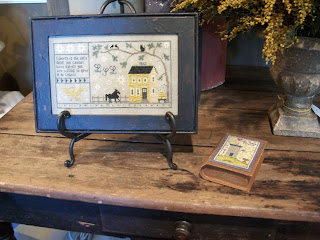 Just a few pictures of some of the food we shared.....this night was a Taste of Wisconsin........ 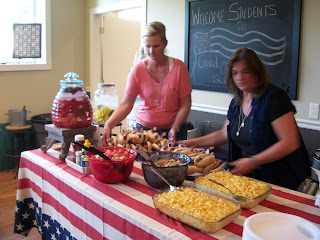 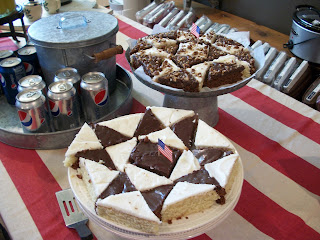 On Saturday our lunch was a lovely lunch of hot prime rib sandwiches with all the fixing and a final send off desert of red velvet cupcakes!!  Just too cute!! 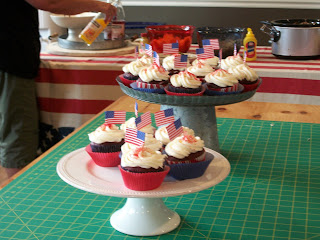 We all shed a few tears  and a lot of hugs and vowed to see each other again next year.....I know we all left feeling we had made new friends and strengthened old bonds!!
WHAT A WEEK !!!﻿

Where has the month gone????

Where has the month (and I mean May ) gone ???  Hate to admit it, but I know it's a sign of getting old.  It just seems that time is zooming by and as much as I try dragging my heels, it doesn't seem to help one bit !

We've been expanding our back deck and discovering that knees don't work as well as they used to .  John was just going to put new wood over the top of the old deck....... and I had to open my big mouth and say.......wouldn't it be nice to have it a little bigger ??  Before we knew it, the small project had turned into a hugh project and we were knee deep and sore kneed in the middle of it !!  We ended up having to rip off the entire old deck, add extra footing and foundation beams......which is no easy feat, since our back yard is a steep slope ....... 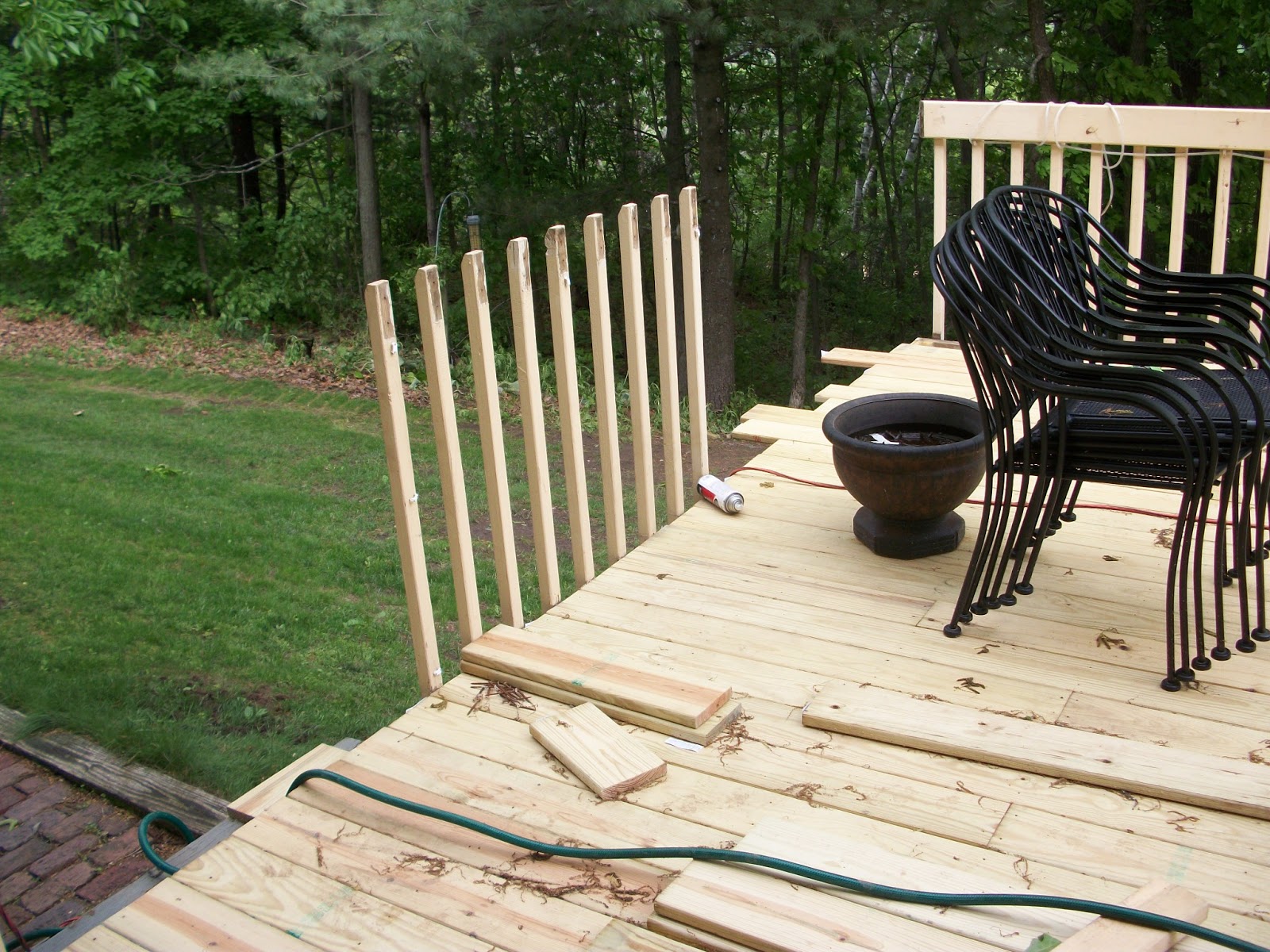 Then the problem is how to remove the existing railing while he works on the addition........ 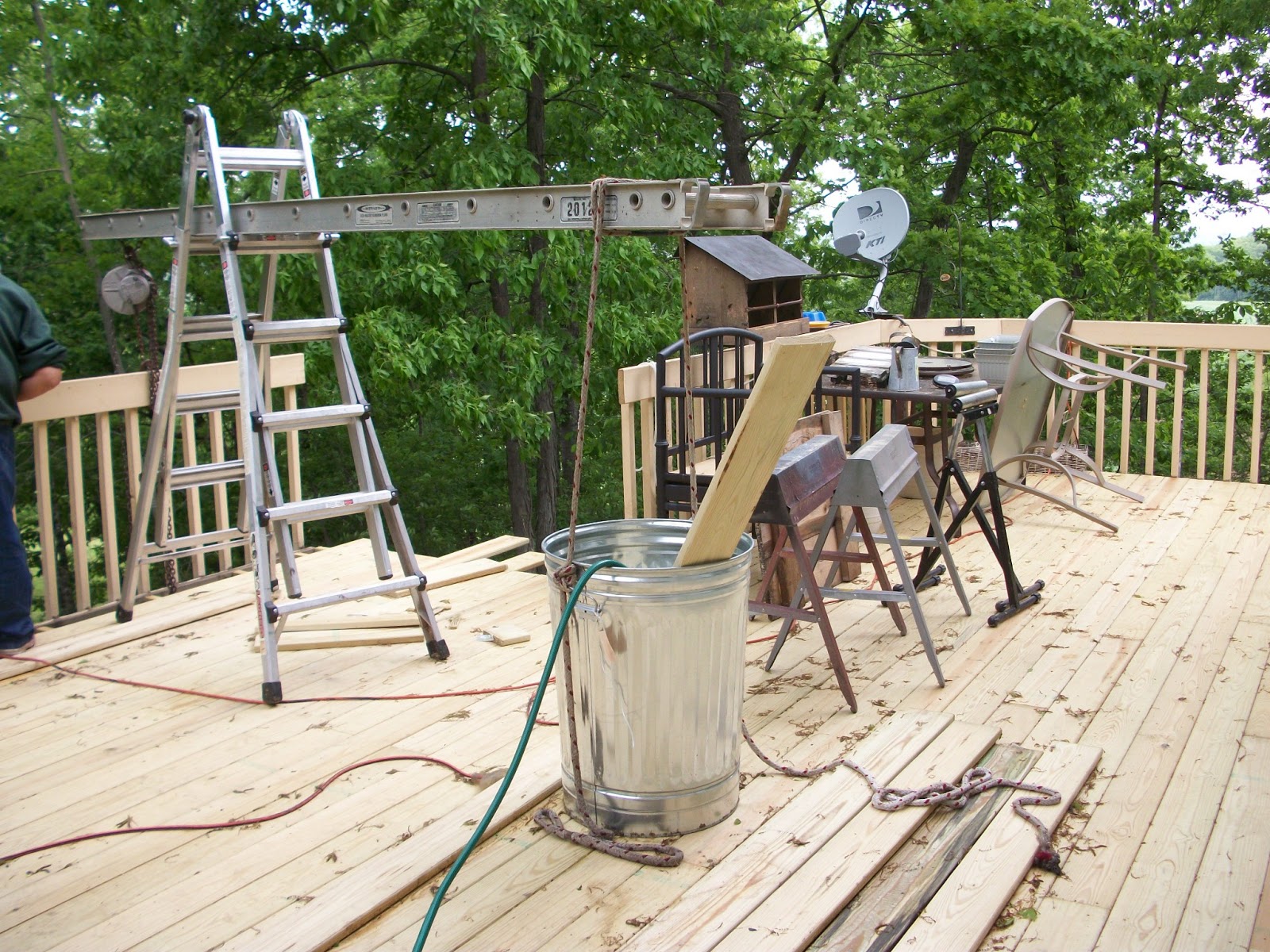 John, of course, was up to that challenge.......he just built a make shift contraption out of his gorilla ladder, chain winch, a length of metal scaffold and a garbage can filled with water as a counter weight.  I think building that was his favorite part of the whole project!!!! 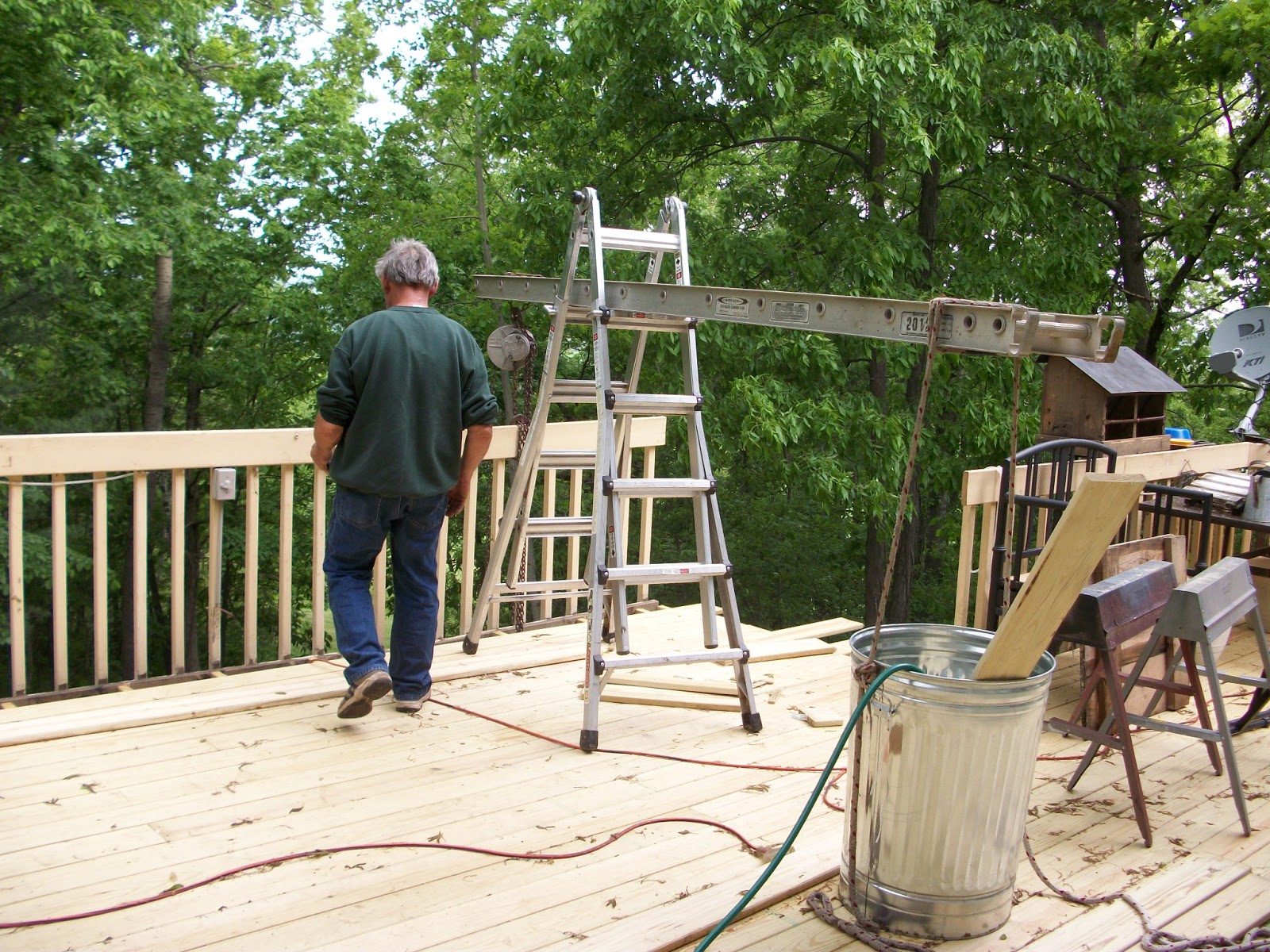 Hopefully next post will be of the finished project !!

In between getting kits made for the Grande Olde Flag Gathering for Country Sampler in Spring Green, WI........I've been working on another reproduction sampler....Janet Reid.....and wanted to share a little sneak peek. 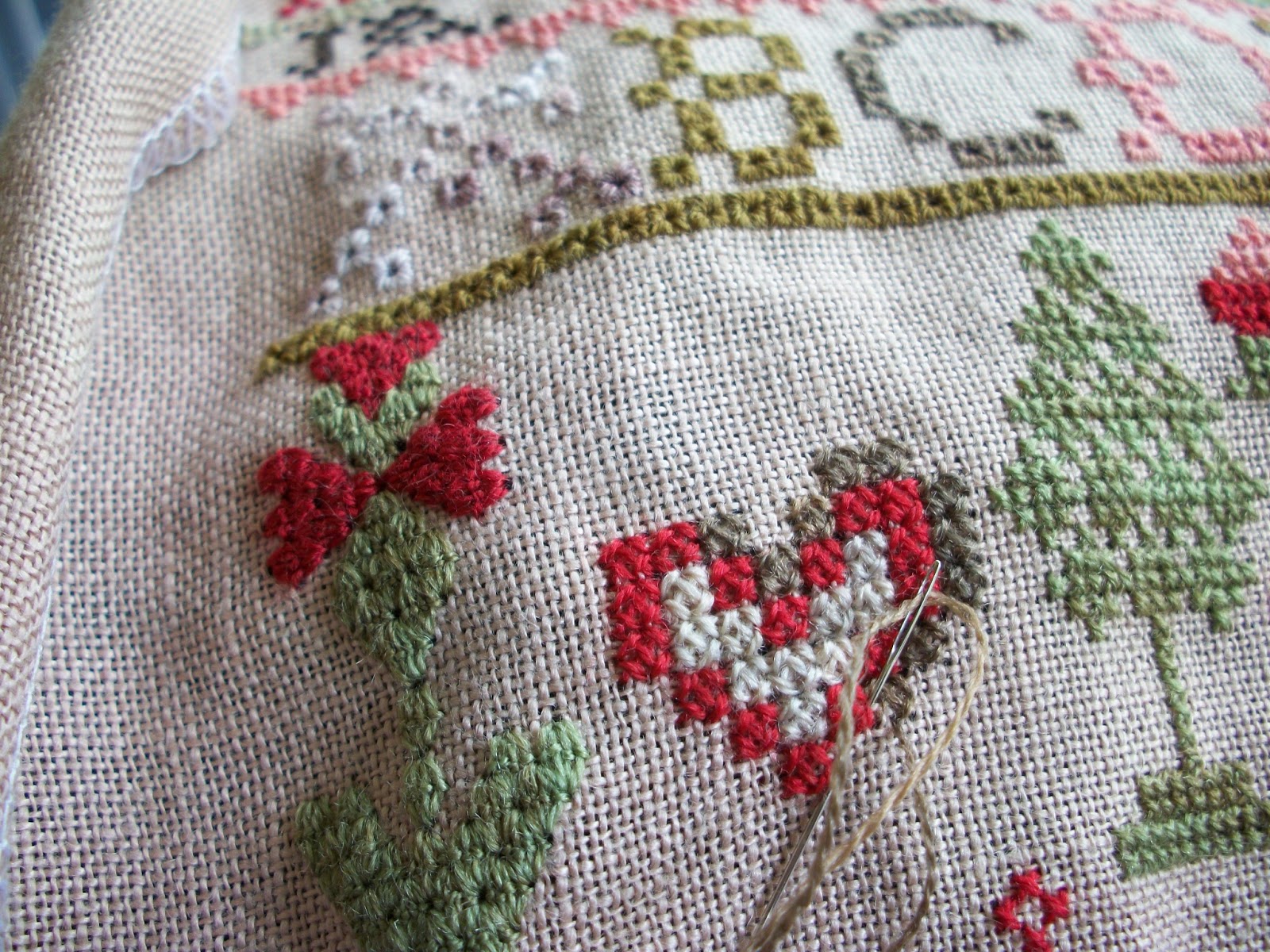 It's all stitched in wool and has really been fun to work on .  I can't wait to introduce her to you......hopefully that will happen at the St Charles Market ....just in time for you to start some fall/winter stitching !! 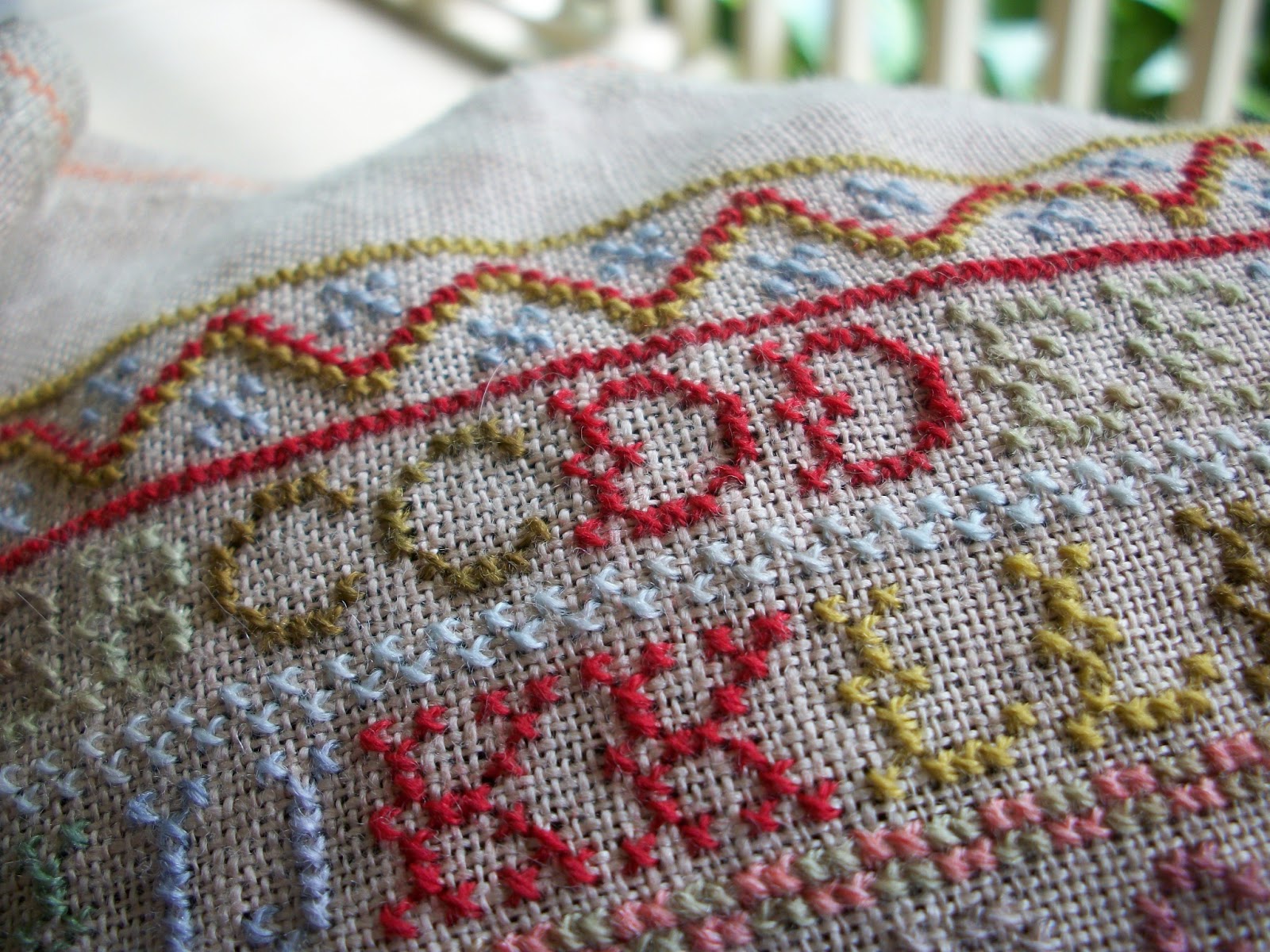 Take a look at designs that I have already done for the past, present and future....

Chessie&Me
Hi, I'm Linda, the me from Chessie and Me. For the last 21 years, I have been designing counted cross-stritch, wool applique, and punch needle. Much of my design inspirations come from my love of antique samplers. My patterns are available at local cross-stitch shops and for the most part, are small doable pieces. Follow along as I share "purrsonel" ranblings and peeks at new projects I'm working on.

My Favorite Sites and Blogs